For the 21st edition of the Hot List—our picks of the year’s top hotel openings—these 75 outstanding winners represent not just the vanguard of the world, but where travelers are headed next.

The day after we put last year’s Hot List to bed, we began casting a net for this year’s favorites. We flew a collective 529,500 miles, sausaged in coach, slept in roughly 200 beds, and had passports stamped in more than 50 countries between our team of 60 reporters, editors, and photographers. And yes, we had our share of knock-down, drag-out debates that got us from the 675 contenders we started with to the 75 you see before you—only 11 percent of all those properties we bunkered down in made this list this year, making it our most selective ever.

The 2017 Hot List is longer (by about 25 percent) than in years past, and contains an arguably wider range of hotels (though one thing was clear: boutique was big—more than half of these 75 have under 50 guest rooms). Yet all passed the ultimate litmus test of whether they made us giddy. We’re talking about those one-off singular experiences that make your hotel so memorable, like viewing the 800—800!—year-old ikeniwa, or pond garden, at the Four Seasons Hotel Kyoto (two other spots we went nuts for this year in your RCA-topping favorite destination, Japan: Hoshinoya Tokyo and Amanemu in Ise-Shima National Park); or soaking in the same tub as Queen Victoria’s at 19th-century Palé Hall in north Wales. Our scouting even led to some larger discoveries:

Read on for the full Hot List, and see how beautiful these places are in our gallery of hotels. 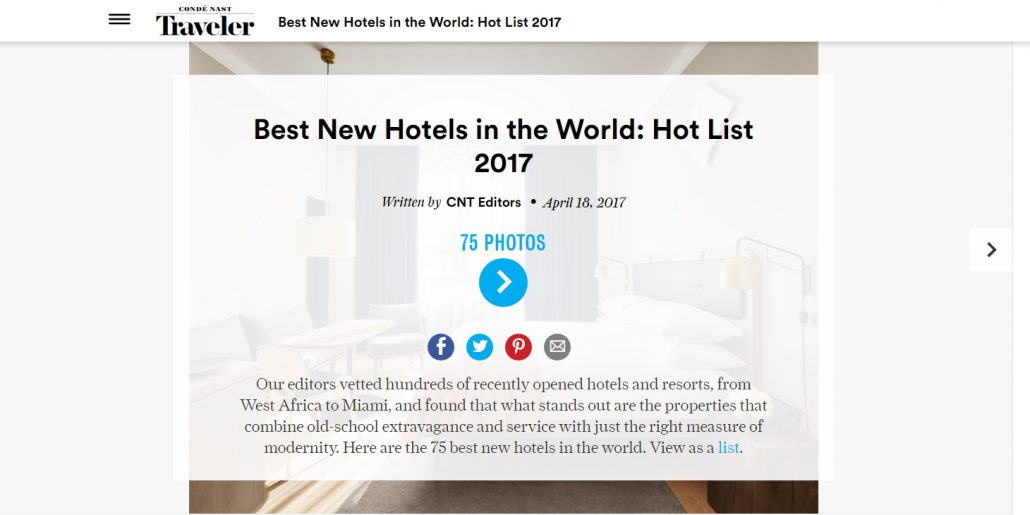 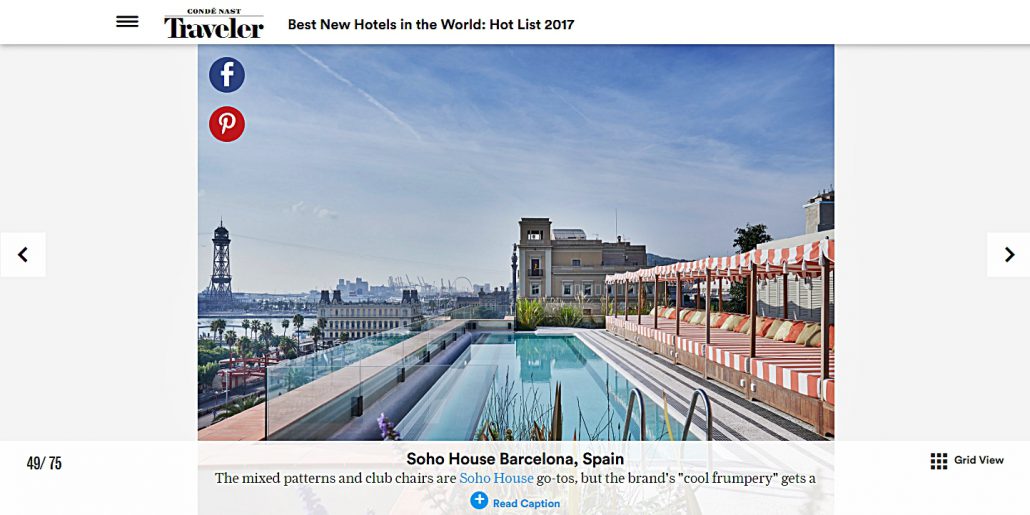