Pharaon serves as principal for his group, which has previously served as a shareholder of Hyatt and owned several Four Seasons Hotels properties.

Six Senses chairman and CEO Sonu Shivdasani said: “I am personally excited to have an investor and partner such as Laith Pharaon and his father Dr. Ghaith Pharaon. They have an impeccable background in the high-end hospitality business having been significant shareholders of Hyatt and owners of several Four Season Hotels properties, and other luxury-branded properties in the past. 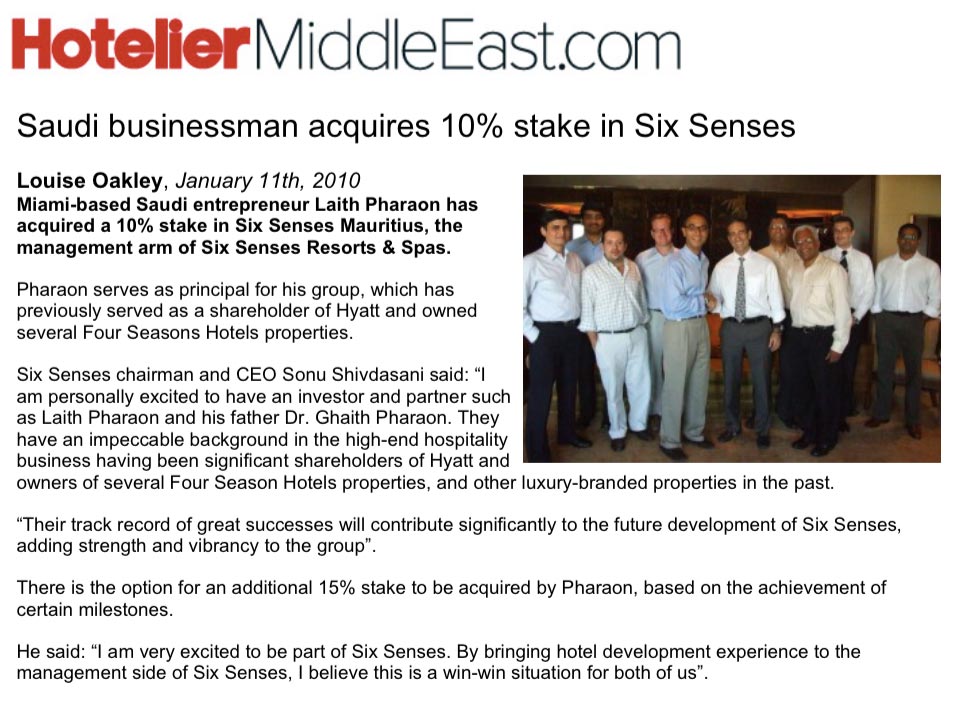